Holidays and Your Pets - How To Manage Changing Routines

Holiday time can cause distress for your pets.

Changes in family routine, like teens going flatting or overseas, changes in work shifts, divorce or death – when suddenly the person who has fed or walked or played with the cat or dog has gone – can cause anxiety. Again, planning how you will deal with it and preparing the pet is the best idea. Maybe a dog walker, doggie day care, or a neighbouring child to come in and play with your pet could be arranged, so the pet gradually gets used to the change.

“Every dog is unhappy about being left alone,” says Elsa. “Dogs are social animals and like company. But most of them can, if it’s introduced gradually, learn to cope with being left alone. A percentage of animals, however, don’t cope well with stress, like people.”

Elsa sees dogs that when left alone wind themselves up into a full-blown panic attack, trying to gnaw their way out of the house through doors or windows, jump through glass doors, even destroying the house if left long enough. “You know a dog is distressed if the neighbours report hearing noises and barking when you are away from the home. Vocalising can be an early sign,” she says.

“Depending on the personality of your pet, treatment can include anti-anxiety medication, pheromone therapy and a behaviour modification programme. Once the anxiety is relieved, the animal can learn to cope with the changes.”

Recently, Elsa successfully treated a nine-year-old Labrador with separation anxiety and a noise phobia. He had been fine until the owner’s work pattern changed, a flatmate left and the farmer up the road began using noisy bird scarers. After chewing through walls in the house to get out and chewing through the front door to get back in if he was left outside, the owner was desperate and considering euthanasing him. As the owner couldn’t change her work schedule or afford day care, he went onto quick-acting anti-anxiety medication, and within two or three months was able to cope again.

To help your pup get used to the idea of spending time alone, Elsa suggests leaving him from early on. “After a big play, you could put pup into its play pen with some toys and leave him alone for a while to amuse himself, and gradually extend the time, so when you do have to leave him, he is used to the idea.”

Or if you’re planning to leave your dog in a kennel when you go away, introduce the idea slowly, with short day stays and a couple of overnight stays, so it understands you are coming back, she suggests. 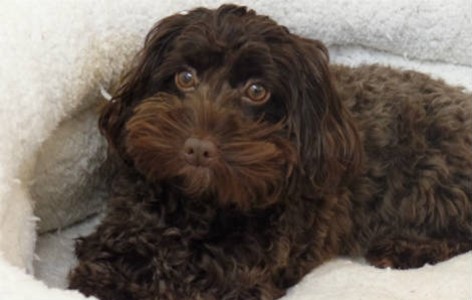 Tips for choosing the perfect bed for your 4 legged friend. 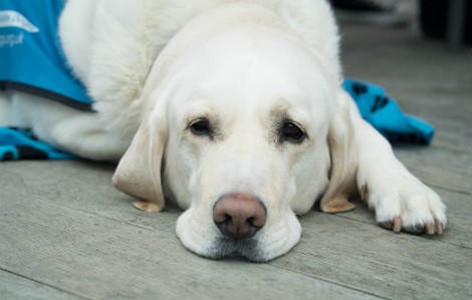 Pill-taking can be very stressful for both pets and their owners.

Intestinal worms are a common problem in dogs, but with consistent and regular treatment, these little invaders can easily be overcome.