Why your dog responds best to reward training

Ever wondered what’s going through your dog’s mind when we’re teaching them to sit?

Or how treats help them follow commands? By understanding why reward training is held in such high esteem, owners can gain insight into their dog’s psychological take on the experience.

The importance of training your pet

Training is a great way to connect and communicate with your pet. Our world can be an intimidating and unfamiliar place for canines, so introducing rewards to encourage desired behaviours can help grow their confidence and minimise stress.

Positive reinforcement training, commonly referred to as reward training, is a popular and effective teaching tool for canines. The method, where a dog is set up to succeed and then rewarded for good behaviour, is also widely endorsed by experts and institutions, such as the RSPCA.

Pets Behaving Badly animal behaviourist and consultant Dr Kate Mornement says that just like people, a dog’s behaviour is driven by consequence and, like people, dogs are likely to repeat behaviours that involve some kind of benefit.

“Training based on positivity works really well,” Dr Mornement says. “What it does is reward the dog for doing the right things, making them want to continue doing that behaviour, because they associate it with something positive.”

She also reminds us that dogs are not born knowing how to live in our society. Much like children, we need to teach dogs right from wrong by rewarding behaviours we like and trying to remove the reinforcers that maintain behaviours we don’t like.

“Kids go to kindergarten and then school to learn about the world around them,” Dr Mornement explains. “It’s so important we provide those similar learning opportunities for our dogs. If we don’t guide their behaviour on a daily basis, they’ll just do what works for them, which is often not what we want.”

The rise of reward training

Behavioural training for dogs has evolved over the years, with reward training taking the lead over previously aversive methods that involve a pet’s ‘bad’ action becoming associated with an unpleasant experience. Here, the owner or trainer typically administers a punishment, like verbal scolding or physical reprimand, such as pulling the choker chain or even hitting the dog.

A study from the Journal of Veterinary shows how using aversive training methods in dogs can jeopardise both their physical and mental health. Dr Mornement points out that while punishment may force your dog to respond, it doesn’t address and can easily worsen any underlying fear or anxiety, which may contribute to the unwanted behaviour. “If you punish the behaviour but don’t address that underlying fear or anxiety, it’s not actually going to work long term.”

What’s more, a dog who is constantly punished for behaviour the owner doesn’t like will eventually loose trust, which will ultimately damage your bond. “Using positive reinforcement, on the other hand, is good for their welfare,” Dr Mornement says.

“It’s good for the relationship we share with our dogs and it’s also much more effective for their learning.”

The ‘secure base’ effect

A piece in the American Veterinary Society of Animal Behavior, based on research published in Applied Animal Behaviour Science last year, says using aversive methods to train your dog can affect the dog/owner relationship. The study by Dr. Ana Vieira de Castro uses the Ainsworth Strange Situation Test to consider attachment between dog and owner.

In this standardised procedure, researchers measure attachment between a child, usually between 9 and 18 months and their caregiver. Over the years, the test has also been applied to dogs as a way to measure their behaviour and get a read on the level of attachment to their owners as well as other dogs by monitoring separations and reunions between the two parties.

They examined three aspects: separation distress, maintaining contact with the owner and the ‘secure base’ effect. The first two categories saw similar results regardless of how dogs had been trained. The third one differed, meaning that dogs subject to rewards-based training were more likely to view their owner as a secure base – a safe haven they can return to after exploring and interacting with the world around them which is the ultimate display of trust.

So, before every training session, make sure you stock up on a reward they love, like a tasty treat. However, it doesn’t have to be a food-based reward. Positive reinforcement can take a form other than food, depending on a dog’s preference, such as physical affection or a game of fetch, Dr Mornement explains.

It’s also important to remember that when it comes to training, repetition and patience are key to help reinforce the connection between action and reward for your pup.

Dogs look to us to help them navigate our world.

A consistent and loving approach combined with reward training can help you raise a confident, happy dog who trusts you – and who you can trust in return. 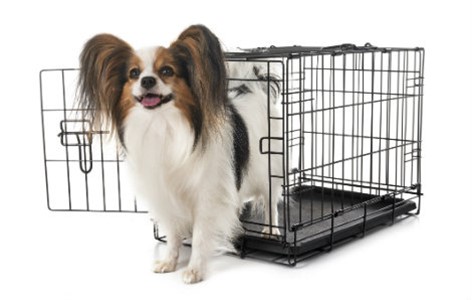 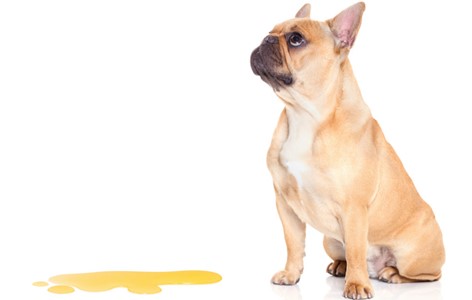 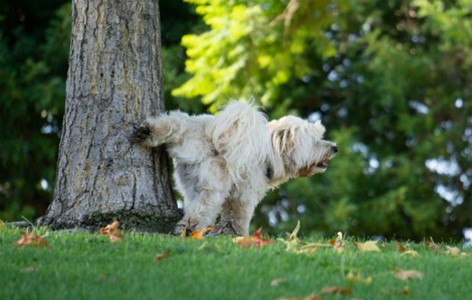 How to Toilet Train your Adult Dog