7 Items in your Home that are Toxic to Pets

Our fur-friends love chewing things they shouldn’t chew. So much so, we sometimes wonder if they think their names are “drop it!” or “what’s that in your mouth?”. Pups can be notoriously piggy and will happily wolf down the most unbecoming of things, even if they seem disgusting to us. And, believe it or not, cats can also get themselves into trouble by snacking on the wrong stuff, although they’re usually more discerning eaters.

Read on to find out what nasties could be hiding in plain sight in your home.

OK, chances are you’re already aware of this one. Everybody knows that chocolate is poisonous to dogs and it can also be dangerous for cats because their little bodies can’t break it down the way our bodies do.

Eating too much of it can cause anything from increased heart rate to hyperactivity, vomiting and all the way up to tremors, seizures and even death.

While we might consider chocolate treats healthier the darker they are, for our fur babies, a higher cocoa percentage means more danger. That’s because dark chocolate has a higher amount of the toxic component theobromine. Keep any chocolate well out of reach of sneaky snoots.

Dogs love a good barbecue. The dropped sausages, the forgotten hamburgers – to them, it’s foodie heaven. But there’s a danger lurking here, too – onions.

Whether they clean them up after the barbie or scavenge them from the bin, onions can present a serious problem.

What’s even scarier is that the toxins in onion have a delayed effect, so it could be several days before you see any symptoms like weakness or pale gums.

Though there are some fruits and nuts that are not harmful to dogs, some can indeed be toxic, so it’s worth knowing which varieties not to keep around the house or plant in your fruit or veggie garden. Grapes, for example, are top of the list, as devouring them to lead to kidney failure for you furry friend. Macadamia nuts, though delicious for us, can cause vomiting, depression and loss of coordination.

Ah, the rubbish bin. It’s just irresistible, isn't it? Almost every dog can turn into a bin chicken and given the chance, they will have a go at this forbidden vessel. Same goes for that wonderfully stinky pile of compost or fertiliser you have in the backyard. The mix of rotting food and bacteria – plus any other toxic bits you’ve thrown away – can have a nasty side effect. Look out for symptoms like vomiting, diarrhea, tremors and seizures.

It’s one of life’s great mysteries – it’s almost impossible to get your pet to swallow a tablet when they need to, but many of them will happily chew through a whole packet of unguarded Panadol or some leftover antibiotics if they can get their paws on them.

All creatures metabolise medication at different rates, so something that is harmless to humans could be deadly to pets.

Pet meds aren't safe either. Often they are flavoured to help them go down easily, so your dog might develop a taste for them. And that’s when too much of a good thing can become fatal.

It might seem obvious that these are toxic, but many pest baits actually claim to be safe for pets. Don’t believe it; these things are designed to kill and they can do the same thing to your furry friend. Baits containing metaldehyde will affect them straight away – vomiting, diarrhea, tremors and seizures can set in immediately. With others, it can take days or weeks for symptoms to show. If you must use baits, make sure your pets can’t get to them.

This is one for the kitties in the house. Lilies might look beautiful in a vase but they can be highly toxic for cats, and certain varieties are also dangerous to dogs. Eating any part of the plant could cause severe kidney failure – leaves, petals, stem and even the pollen. Because cats can climb up anywhere, it’s best to avoid having them in the house altogether.

If you think your piggy pup or curious cat has eaten any of these things, you should contact your vet straight away. You don’t have to wait for symptoms to appear. But remember, prevention is better than the cure, so always keep these toxic items where your pet can’t get them. 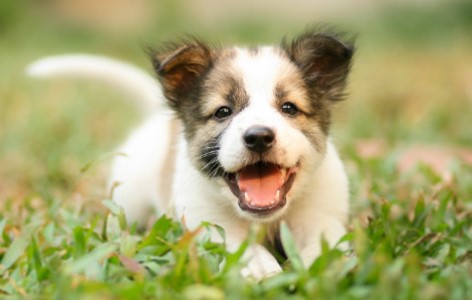 Cats can be funny creatures in terms of their toileting habits. Learn more in this video. 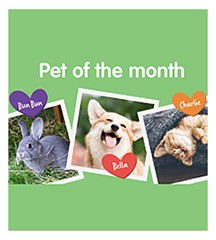